Can You Afford a $75 Million Telephone Consumer Protection Act Mistake? 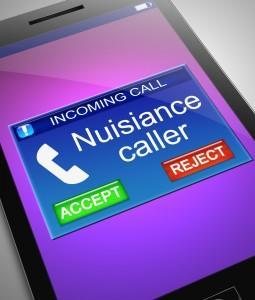 limits the telemarketing industry and its use of automated telephone systems. Among its many restrictions, telemarketers are prohibited from using automated dialers to call cell phones (or other phone services where the recipient is charged for the call) without consent. In August 2014, Capital One and three debt collections agencies (Leading Edge Recovery Solutions LLC, AllianceOne Receivables Management LLC, and Capital Management Services L.P.) agreed to settle a class action lawsuit alleging that these companies violated the TCPA by using autodialers to call cell phones without consent.

Over 21 million distinct cellular phone numbers were allegedly autodialed. While the plaintiffs claimed that these calls were in violation of the TCPA, Capital One argued that the automated calls were allowed for in its customer agreements.

According to Telephone Marketers Beware! Market to Wireless Numbers and Face Fines, a Service Objects whitepaper, companies bear the burden of proof when consent disputes occur. The company (or advertiser) “must prove that it provided a clear and conspicuous disclosure and that the consumer unambiguously consented to receive these telemarketing messages to the number the consumer specifically provided.”

Multiple mediation and negotiation sessions later, Capital One and the three collections agencies agreed to settle the matter — to the tune of $75.5 million. Capital One has agreed to pay about $73 million into a settlement fund with the three debt collections agencies kicking in a little over $2.4 million combined. Each class member with a valid claim is expected to receive between $20 and $40. Up to 30 percent of the settlement fund is allocated for attorneys fees and other costs.

Note that this is the largest TCPA settlement on record, and it is more than twice the amount of the prior record of $32 million from Bank of America.

According to an article by Marc Roth and Becca J. Wahlquist from Manatt, Phelps & Phillips LLP, the anticipated payment of $20 to $30 per class member is nowhere near the typical $500-per-call TCPA penalty often sought. The parties indicated that the “core relief” of the settlement is Capital One’s agreement to change its business practices. As part of the settlement, Capital One has modified its autodialers to prevent dialing cell phones unless it has prior express consent from the recipient.

An article about the settlement published in The National Law Review noted that Capital One’s TCPA settlement involved informational calls, which are not subject to the heightened “prior express written consent” requirements.

The Telephone Consumer Protection Act affects telemarketers, call centers, and any business that reaches out to consumers and prospects over the phone. It is a complex, ever-evolving act with hefty penalties for non-compliance. Recent changes to the TCPA impose new burdens on businesses, one of which involves the ability to identify wireless numbers to avoid inadvertently placing an autodialed call to a cell phone. Avoid hefty fines by being aware of, and complying with, the laws that affect your industry. If you use a call center or any form of automated telecommunications equipment, make sure to read our Telemarketers Beware! whitepaper on recent updates to the TCPA.

What is Address Validation?

How to Integrate Shopify With Service Objects