Home » Why Your Business Should Pay Attention to CASL

Why Your Business Should Pay Attention to CASL

Many companies are worried about Canada’s anti-spam legislation (CASL). A new rule goes into effect next July, and the penalties are harsh. If you email Canadians who haven’t opted in, you could be on the hook for a lawsuit for sending CEMs without permission. Penalties can reach up to $10 million.

So, what is CASL? What are CEMs? And how can you comply?

CASL dates back to July 1, 2014, when it first went into effect. Section 6 of CASL covers all of the requirements and provisions of CASL. Several provisions were phased in over time, including the “private right of action” rule, which goes into effect July 1, 2017.

CASL requires obtaining express consent, either in writing (electronic written consent is permitted) or orally, before sending CEMs. There are a few instances where implied consent is allowed, such as for existing business and non-business relationships or voluntary disclosure without indicating that the person does not want to receive messages.

If you send CEMs to people in Canada without prior consent, you could face serious consequences. Starting next July 1st, individuals and organizations can bring civil actions seeking redress in court from anyone in violation of CASL. The Canadian Radio-television and Telecommunications Commission can impose up to $10 million in penalties for the most serious violations.

Not only are US companies concerned about complying with this particular section of CASL, their legal departments don’t want to take chances. Thus, marketing departments are being told not to email anyone on the chance that a handful of contacts might be located in Canada — and it only takes one.

What does this mean to marketing and sales departments? They’re legitimately concerned that new leads will be cut off and wonder how they’ll be able to make up for such a shortfall.

But there are some important exceptions to Section 6. Using email validation tools such as DOTS Email Validation can be your key to keeping email – and the pipeline of leads – flowing.

First, it’s important to understand what section 6 of CASL applies to and what it doesn’t apply to.

Section 6 of CASL deals with CEMs sent to electronic addresses:

Section 6 of the Act does not apply to CEMs under some circumstances:

In other words, CASL excludes emails if you’re sending them to someone you are reasonably sure lives in a foreign country that has its own spam laws and you are in compliance with those.

How to Continue Marketing Your Business After July 1st

You can’t blame your legal department for wanting to avoid lawsuits; it’s in your company’s best interest to comply with all applicable laws. However, the answer isn’t to shut down email marketing completely; it’s to become reasonably sure where your recipients live before sending CEMs.

Service Object’s DOTS Email Validation API can help you be reasonably sure where someone lives and which laws might apply. For example, the laws of the country where the person is located may be more liberal than Canada’s and would apply instead of CASL. The vast majority of nations (115 other countries ranging from all of Europe, Australia, Japan, S. Korea, China, Brazil and Russia) do have their own laws, such as the United States’ CAN-SPAM act or Canada’s CASL.

By using DOTS Email Validation software, you may be able to create an email marketing list that is safer-to-send to and will satisfy your legal department.

http://crtc.gc.ca/eng/com500/faq500.htm – Does section 6 of CASL apply to messages sent outside of Canada?
http://fightspam.gc.ca/eic/site/030.nsf/eng/00273.html SCHEDULE (Paragraph 3(f)) LIST OF FOREIGN STATES
Canada’s Castle (CASL) – Law on Spam and other Electronic Threats.
http://fightspam.gc.ca/eic/site/030.nsf/eng/home
http://laws-lois.justice.gc.ca/eng/acts/E-1.6/index.html – full copy of the law passed in December 2010 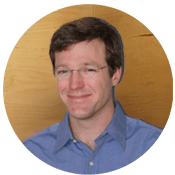