Home » Why I Chose Service Objects for Employment

Why I Chose Service Objects for Employment

It was the beginning of April 2020 and I had just been laid off from what I often referred to as my dream job. I was asking myself, “what’s the next move?”

That is quite the loaded question during a worldwide pandemic, wedding planning, raising a corgi puppy, and attempting to balance restlessness with optimism. COVID-19 ramifications were hitting me like a ton of bricks. I felt like a hamster spinning on a wheel with incessant energy to keep moving, but no destination in sight. The unemployment rate had risen to an astonishing 15.5% and the job market was dwindling fast. I knew I had to start the search quickly with the bills stacking up and a puppy to feed. The first step was determining what I wanted out of a new opportunity.

“A hallmark of a healthy creative culture is that its people feel free to share ideas, opinions, and criticisms.” -Ed Catmull

During my professional career, I have always worked at large companies in the tech industry that are publicly traded, or privately owned, or bought out by larger company, or spending money, or going lean, or somewhere in-between. No matter the company size or structure, understanding internal politics has always been a struggle for me.

The legend who started Pixar with Steve Jobs, Ed Catmull, once said that “a hallmark of a healthy creative culture is that its people feel free to share ideas, opinions, and criticisms.” Why is it that I have never felt this freedom? Could it be that I have always worked in environments that diminish creative expression? And how important is culture anyways? After much thought on this topic, I came to the realization that healthy culture is collective creative expression and paramount to my success as a marketer.

The second criterion I was looking for in a job stemmed from Deepak Chopra’s Law of Giving and Receiving. I don’t want to get too ‘yogi in the Himalayas’ on you but the idea here is that in order to truly experience a fulfilling life, you must learn to give.

Winston Churchill once said, “We make a living by what we get. We make a life by what we give.” When you are spending 2080+ hours a year working for a company, wouldn’t it be nice to know that your commitment is making a difference in the community or better yet, the world? This question has crossed my mind time and time again. I remember vividly sitting at my desk at a previous job and wondering if the long hours I was putting in was going towards anything substantial. I knew that I didn’t want to ever have this thought again.

It was now July and although I was far along in the interview process with a few different companies, the anxiety was building. In the tech industry, you can expect to dedicate a solid 10 hours, 6 interviews, and a project to a single company during this process. It truly is a full-time job. From the surface, all the companies looked great. They all served the e-commerce industry which has thrived in the COVID-19 era. But something was still missing, except from one. And then it happened – I received 3 offers.

I dwindled it down to 2 companies that I would make my final decision between.

The first company, which I will refer to as Company B, had a culture that was electric and could be felt through multiple Zoom conferences. I was also excited about the product Company B offered but could not see The Law of Giving and Receiving in the purview of the organization. Service Objects was different. When I was interviewing with Geoff Grow, CEO and founder of Service Objects, he talked about the importance of giving back and how environmental conservation is part of the company’s DNA. He expanded on that by explaining the physical, economic and the social benefits of a healthy environment, and that a strong connection with data quality will lead to greater support and protection of our natural resources. After digging deeper, I learned that the company has…

And it does not stop there. Service Objects also supports…

I developed this algorithm when determining which company would be the best fit for me:

At this point, the next move was obvious. I chose Service Objects for employment because of the ‘Why’ that serves as the company’s lifeblood. Simon (Sinek) says, “People don’t buy what you do; they buy why you do it. And what you do simply proves what you believe.” Plain and simple, I believe in Service Objects’ ability to build a better future through clean data, and the opportunities are endless. 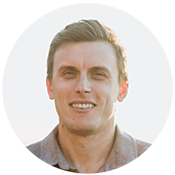