Fueled by our desire to communicate with one another, no matter distance, the telephone has undergone extraordinary technological enhancements since the first test call on March 10, 1876. Today, the average wireless phone even functions as a portable computer offering a multitude of ways to communicate. Although phone technology dramatically changed over the last 141 years and continues to change, one aspect of placing a call remains vitally important: accurate contact data.

Originally, the telephone was sold in pairs of two with a single connection to each other. Since these early telephones were directly connected to each other, phone numbers were not yet required. However, with the invention of the switchboard in 1878, callers could connect with many other subscribers leading to the establishment of phone numbers consisting of a few digits. By 1910 the U.S. population grew to 92,228,496, over seven million of whom were phone subscribers. To accommodate so many users the length of the phone number increased.  For the majority of the 1900s, whether using a candlestick, rotary or push button phone, the telephone operator manually connected callers by switchboard and without accurate contact information to start with callers could not be properly connected. As the pool of subscribers grew further, alphanumeric numbers were introduced and used through the 1960s. This format consisted of two letters representative of location (name of the village, town or city) of the central office that the phone was connected to, followed by numbers.  Although fewer miscommunication between callers and operators occurred with the use of alphanumeric numbers, having accurate information to begin with was still imperative.

Jumping forward to today, various devices ranging from wireless phones, computers, tablets, and even televisions can be used to place calls. Somewhat reminiscent of telephone operators, virtual assistants like Apple’s Siri and Amazon’s Alexa can even be used to connect to someone by dictation which is how a four year old boy recently contacted emergency services to save his mother’s life. Although a phone number is still required for most devices, platforms such as Skype and FaceTime also use email address as unique identifiers to connect callers. While new types of contact information like email are being used more commonly, once the information is entered into the calling device you don’t need to remember it again. With just a few taps on a screen or a simple phrase, “hey Siri, call mom,” the call is initiated.

Whether placing a call now or 141 years ago starting with genuine, correct and up to date contact data is essential for reaching each other by phone. As forms of contact data continue to evolve with technology, our validation tools will as well to ensure your business communications are as fast and easy as possible. 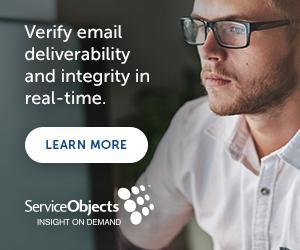