Home » The Growing and Changing Role of the Chief Data Officer

The Growing and Changing Role of the Chief Data Officer

Once upon a time data was just … data. Today it has become a strategic asset for most organizations, underpinning areas such as market analysis, strategic planning, product targeting and segmentation, and much more. The Economist goes so far as to declare data the world’s most valuable resource, much like oil was a century ago. As a result, organizations are increasingly making its oversight part of their executive suites.

Among C-level executives, the Chief Data Officer (CDO) is still the new kid on the block. As recently as 2012 NewVantage Partners found that only 12% of Fortune 1000 firms surveyed had a formal CDO role, while today this figure has risen to over 63%. And by 2019 this figure is expected to rise to 90%, according to this article from Visual Capitalist.

The Chief Data Officer of 2018: Rapid growth and role confusion

Figures from Visual Capitalist paint a striking picture of how quickly the CDO role has grown in larger organizations:

On the other hand, like any new function where management roles are scrambling to catch up with technology, the exact functions of a CDO are still evolving. Here are some enlightening statistics from the latest NewVantage survey:

Looking to the longer term, while 12.9% of people feel that the CDO’s role should be temporary or even unnecessary, trends seem to indicate otherwise – particularly in Europe, where the recently-implemented General Data Protection Regulation (GDPR) mandates the creation of a formal Data Protection Officer for all public sector firms, as well as private ones with significant responsibility for handling large-scale private or sensitive consumer data. And this mandate is backed up with potential fines as high as €10 million euros or 2 percent of annual turnover.

The future of the CDO: From data quality to revenue?

Perhaps the most interesting trend to watch from here might be whether CDOs become entrusted with more revenue responsibility. Currently, only 2.2% see this as their primary responsibility, according to NewVantage CEO Randy Bean in Forbes. But analogous to how customer support has evolved from being the “complaint department” to becoming the strategic voice of the customer, particularly in the CRM era, we share a growing view that the strategic and revenue roles of managing data will continue to increase. Today’s CDO may focus on policies, procedures and data quality, while tomorrow’s may also be tasked with mining more profitability from these assets.

In the meantime, data has clearly found its way into the executive suite. Every indication so far is that it is here to stay. And for us at Service Objects, it has been a very exciting time indeed to be in the data quality business. 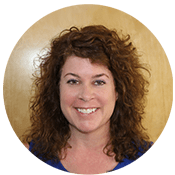